How I Came to Write The Bridge Party

I grew up in the South of legal segregation and illegal but almost always unpunished violence against African Americans. There was, nevertheless, something compelling and satisfying about the way of life of my family and their community, an indefinable quality that I tried to evoke in my play The Bridge Party. What was that something? Why is it that some of my best memories are of life in the South of the forties and fifties?​

I am not sure I can answer these questions completely, and I am not sure I want to. Indeed, I can think of no more effective way to stifle inspiration than to theorize about the emotional sources of my plays. Still, one can hazard a few guesses.

Because of my particular life history, my childhood memories just happen to be memories of the South before the civil-rights era. Since childhood memories have a special importance in everyone’s life, perhaps no other explanation is needed. But I think something more is involved. Because racism was then legally entrenched and publicly justified, it was a significant accomplishment to build a life with ceremonies and rituals affirming the integrity and importance of our own friendships and families, of our own lives. In my childhood memories of life in the South, the world of the personal and the private, of everyday life with its ups and downs, is particularly important. To me this is a tribute to the tacit but adamant refusal of the grown-ups I knew to allow themselves to be defined by racism but instead to live as full human beings, whatever the obstacles. 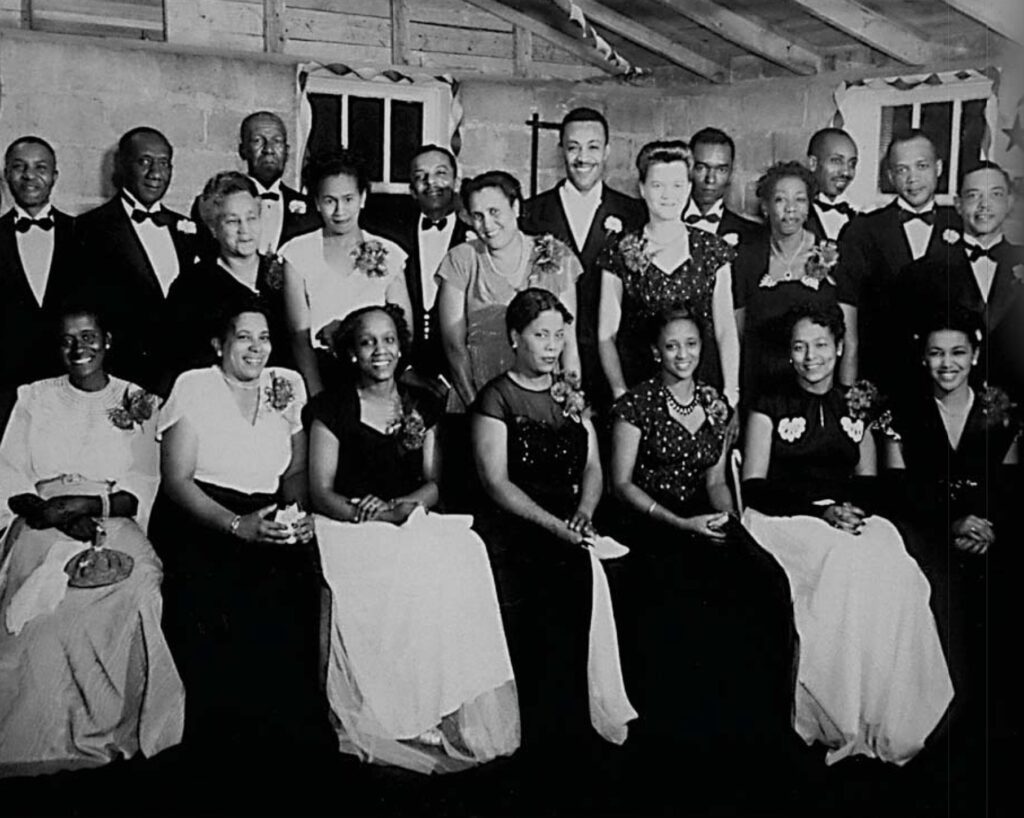 The notion of using a bridge game as a dramatic motif has been with me for a long time. I first tried writing plays in a course taught by Webster Smalley at the University of Illinois in the early sixties. Recently, while going through boxes of old manuscripts, I happened to find a copy of a scene that I had written back then; sure enough, it was one about a family playing bridge. Whenever I ask my creative writing students to recall a fragrance connected with some early memory, I give the example of the smell of spiced tea flavored with oranges and cloves, the drink served at the weekly meetings of my mother’s bridge club. I was never allowed to stay very long at the club meetings, just long enough to smell the aroma of food and drink mixed with the odor of women’s colognes, to feel a bit of crepe against my face and hear the quiet laughter. I remember the frustration of being forced to leave for a nap or whatever it was that good children were supposed to do. Perhaps my childhood frustration at always being on the edge of that world has motivated me to recreate the atmosphere for myself. Then I wasn’t allowed to eat the shrimp salad sandwiches, rich with homemade mayonnaise, but now at least I can write about them in my play.

Although the content of The Bridge Party is derived from childhood memories of the American South, my dramatic treatment of those memories was influenced by films from France and Czechoslovakia. As a student at the University of Illinois in the sixties, I became interested in the foreign films that were shown by the campus film society. I was especially drawn to their use of understatement, which contrasted so sharply with the heavy-handed approach typical of Hollywood then and now. One film in particular, The Shop on Main Street, affected me deeply. A Czech film about the Nazi occupation of Czechoslovakia, it conveyed the impact of Nazism not by examples of brutality but instead through close attention to seemingly trivial details of everyday life. The film powerfully dramatized the impact of the Nazi occupation on the Czechs without resort to images of nattily dressed Gestapo officers or melodramatic violence, simply by depicting the everyday life of a shopkeeper and his wife. I was struck with the contrast between The Shop on Main Street and American films and television that so often glamorize the very evils they purport to condemn. The New Wave cinema of the fifties and sixties also affected me deeply. I remember sitting through Alain Resnais’ Last Year at Marienbad over and over again, each time feeling more and more mesmerized. Resnais’ powerful short film on the concentration camps, Night and Fog, exemplified the use of poetic understatement and pacing in presenting the most horrifying subject matter. The pacing characteristic of New Wave films, in which events were presented in a kind of slow motion, was a revelation for me. Through this slow motion, one confronted the particulars of individual experience rather than the abstraction of generalities.

If the action of The Bridge Party moves at what might at times seems to be a snail’s pace, it is because I want the audience to experience the characters as full human beings, not as abstractions or stereotypes. I believe slow pacing allows for a depth of impact more meaningful than the most impressive stunts or special effects can achieve. For me as a playwright, the presentation of African American life in this style felt like a kind of glorious, liberating breakthrough as against the vast majority of films, television and plays dealing with African American life that focus on violence and/or sensationalized sexuality. Even in enlightened “message” dramas about racial violence in the South, it is typically only the whites who have the luxury of private lives. Over and over again black people are seen only in relation to whites, as though the whole identity of individual African Americans can be reduced to their reactions to racism. White people are presented as complex human beings with unique personal identities, but all too often, sometimes with the best of intentions, black people are portrayed only in moments of crisis, as though they had no private lives, no past, no inner depth. In The Bridge Party I wanted to both acknowledge the reality of violence, of lynching, and yet make it clear that the African American experience did not begin and end with the acts of violence perpetrated by others against African Americans.